The Rod Pump is a traditional form of artificial lift. It is the most familiar  as a symbol of oil production, having been in use throughout the world since the pioneer oil industry days.
Rod Pumps / Pump Jacks still capture a significant percentage of the artifical lift technology utilized by oil producers. 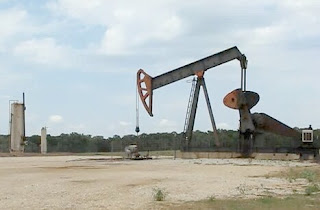 How a Rod Pump works:


Posted by Artificial Lift at 3:47 PM

Which form of artificial lift are you familiar with? (multiple answers OK)